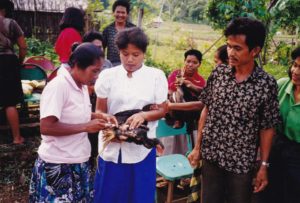 Over the past 100, 50 and even 10 years, women’s voices, actions and drive towards equality have been seen, heard and felt with increasing regularity and results. While there is still a long way to go, one only needs to look at the impact women have had in a variety of ways to get a measure of the progress that has been made. Whether in the fields of politics, business, education, and many others, they have made a huge difference, particularly in upholding values and ethics.

Take, for example, education. One hundred years ago, there were few female university graduates. Fifty plus years ago – when I spent a year at law school – there were three women in our class. Now more than 50% of students at many law schools are women. This is true for many other areas of study as well. I might add, while achieving the above, women are still the prime caregivers at both the beginning and end of life.

I could take this theme of women in many directions. However, I will focus on women in the developing world and the role they play in reducing poverty.

The good news is poverty is on the decline and much of the reason is the focus that has been placed on educating and empowering women.

It is generally accepted that the best use of money going to the developing world is to direct it towards women’s education and empowerment. This is certainly the thrust of several major Canadian NGO’s like CUSO International, CARE and Plan International, to name just three.

The following are some of the reasons this focus is important and is working:

1) Education creates choices and opportunities for women, which in turn betters their lives and communities.

2) Research shows that for every year a girl spends in school, she raises the family income by 20%. When a girl has 7 years of education, she marries 4 years later and has 2.2 fewer children.

3) Better educated women are better role models for their children, particularly the girls.

4) One of the tragedies of the developing world is men often just leave home because they cannot take the responsibilities of a family, leaving behind uneducated women with young children and no visible means of earning an income. In Africa during the peak of the HIV/AIDS crisis, it turned many women towards the sex trade. This, in turn, became a contributor to the increase in HIV/AIDS. This practice of the men leaving home and leaving uneducated women to look after the family is not limited to Africa. I have seen it in India, Cambodia, Haiti and Laos as well. An education gives the women skills to help her support their families.

5) According to the Brookings Institute, a US-based think tank, providing women with an education leads to better health including healthier babies and better educated children.

The first time I witnessed the importance of empowering women was about 20 years ago in Indonesia on the Island of Sulawesi. Through a joint venture of Care Canada, the Canadian government, Rotary, the Sulawesi government and the villagers, water wells were installed in several small villages in Sulawesi.

As a result, women no longer had to walk many kilometers several times a day to fetch the water from the river and carry it back to the village. Now they could go to a place in the village to get their water.
The well became a village gathering place and freed up time for these women.

As a result, the women were given the responsibility of looking after the small animals which they accepted with great enthusiasm. With the help of CARE, they were taught how to inoculate the chickens. Before this practice was developed, the chickens died of a disease at a few months. With this inoculation, the chickens lived longer. This created an income-generating opportunity and improved the nutrition of the villagers.

The men, I might add, were responsible for the big animals. This required little effort on their part. It was common to see them gathered together, smoking, talking and enjoying the local beer while the women were hard at work in one of their ventures.

I have seen similar results of the impact of education and empowering women in many countries including: India, Burkina Faso, Tanzania, Malawi, Jordan, Cambodia and Haiti. While women in the developing world too have come a long way and poverty is being reduced, there is much more education that is needed. With help from people like you, the Good NEWS should continue.

Till next time,
Chris Snyder

If you have some good news stories, please forward to chris@eccgroup.ca so we can share them with others.

Chris Snyder is the author of the book, “Creating Opportunities: A Volunteers Memoir”   To purchase a copy:

Big Hearts in a Hot World