Giving: Can You Spare Some More?

There are two big stories in the giving world these days:

1. As a result of COVID and ensuing uncertainty about money, charitable donations in general are down and needs have increased.
2. The WE/government debacle, Student Service Grant (SSG), has raised many questions about the operations of the charitable world 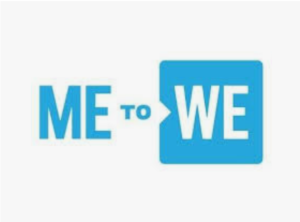 In my opinion, the amount of attention being given to the WE/government issue is way out of line.

In brief, the Student Service Grant programme was a well-intentioned programme. But in reality, there was inadequate input, thought and questions asked of the various stakeholders and others before it was launched. Much of the fallout could have been anticipated and should have dealt with before the programme was announced.

A basic question to me is, was there enough time to create and implement the programme properly? I question if there was.

Trudeau and Morneau certainly made mistakes, but in fairness they had many other things on their plate, including other programmes being created and delivered to deal with the COVID crisis.

The press and opposition tried to paint the impression they were all close buddies and undue favour was being given to their families. If you believe what they said, this was not the case. They were just sloppy.

As for the WE charity, it revealed a huge charitable corporate empire, fraught with many issues and problems brought on by their incredible success.  It is too bad!! 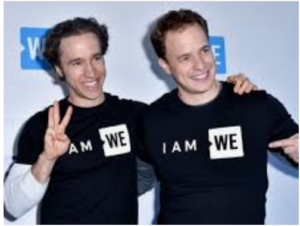 While not a huge supporter of some of the things done by the Kielburgers, the founders and overseers of We, credit must be given to them for the experiences and learning it has provided many young people, i.e. converting their thinking from ME to WE, a good thing to do in our, “What’s in it for me world?” WE also did a lot of good in the developing world including the building of many schools.

Some of their other practices such as paying celebrities and owning considerable real estate has caused many to ask, “Is this where my donation  is going?,”not only with We, but other charities too.

At the first sign of trouble, major supporters such as the Royal Bank and the Globe and Mail dropped their support, raising the question, “Were corporations contributing to the cause for the right reasons, or were they on board only to enhance their own image?” Once a charity’s image was tarnished, they were gone.

WE grew from the concern of a 12-year-old boy, (Craig Kielburger) about another 12-year-old boy in Pakistan who was in forced labour and was killed because he spoke out against child labour.

The initial organization he started was called Free the Children and while still a young boy he motivated 100s, possibly 1000s of young people to join in the cause of eliminating child labour.

Over time they grew and grew, eventually evolving into WE.  In my opinion, they became too big for their britches.  This caused one very prominent fundraiser, Paul Alofs, who raised billions for the Princess Margaret Foundation, to say WE should be wound up, and their assets paid as severance to their staff, creditors and other organizations involved in International Development.

When you combine this debacle with the fall off in donations caused by the financial insecurity and uncertainty of COVID, it spells difficulty for many charitable organizations. This was at a time when donations are needed even more.

The fact is, most of the estimated 85,000 charities in Canada do much good work, and are well managed. THEY ARE GOOD NEWS ORGANIZATIONS and make GOOD THINGS HAPPEN.

Charities range in size from one person operating out of their home to huge organizations employing hundreds of people and raising millions/billions of dollars. 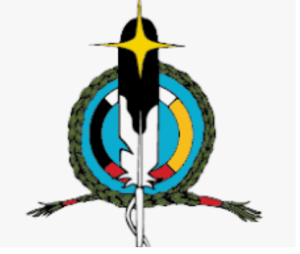 I am continually amazed at all of the little but important things these organizations do, from raising money for health care centres like Sick Kids Hospital or the Anishinawbe Health Centre in Toronto, to providing food and clothing for people on the street, to helping destitute refugees in war-torn countries such as Syria.

The alternative to funding these charities privately is to either provide no services at all and letting millions of people suffer, or letting government do it. The me the decision is quite easy.

In fact, government does provide a lot of money to charities because privately run organizations generally work more efficiently than government. Governments though have limited funds.

Times like the present create many new situations and call for an increase in both compassion and action. For example, because of the increase in unemployment and loss of income  brought about by  COVID there has been a huge increase in demand for food banks.  Obtaining inexpensive or free food from a food bank is one way to help families survive.

Take Antoine, a successful engineer who arrived several years ago from Yemen. He has a wife and two young children. His work has dried up and he falls between the cracks for government assistance. He is willing to do any type of work.   In fact, he is working as a seasonal worker two days a week. Their only other income is from his wife who works for minimum wage two days a week at Tim Horton’s.

Because we have so many needs at home it is easy to forget people in the developing world.  As we stand somewhat grudgingly in line six feet apart at food markets, let’s not forget the people living in crowded spaces in India, who are much more susceptible to COVID than we, as are the approximately 65 million in refugee camps and millions of Africans who buy their food daily in large markets.

In Cambodia many people rely on tourism for work but for many there is no work and no government support.

The UN  World Food Programme has had a huge increase in demand because of COVID to say nothing of inadequate Health Care Systems in many of these countries.

Most of the people I know say repeatedly how lucky we are, and it is true.

Even a small donation can have an impact:

• $100 can provide food for one person for several days in Canada.
• $350 will provide schooling for a child for a year in many parts of the developing world
• $45 will buy a child a bike in Cambodia to get to school
• $50 will plant a tree which can absorb 48 pounds of Co2/year

Everyone talks about working together during this crisis. Charities who do good things are looking for financial assistance.  Can you spare some more?