There is more good news in the world than bad.

Being literate is generally defined as having the ability to read and write. However, the definition sometimes includes having numeracy skills and knowledge in specific fields such as computers or finances.

According to UNESCO, in 1950, 55.7% of the world was literate. The rest – approximately 750 million people – were illiterate. Since that time the literacy rate has improved by 5% every 10 years andis now 87%.

With population growth there are still more than 750 million illiterate people in the world, and a disproportionate number are females. Many sources including the World Atlas indicate a number of countries, including Canada, are totally literate i.e. 99-100%. At the lower end are some African countries, with Niger in West Africa being the lowest at 15%.

The importance of being literate is self-evident. We know, for example:

• Much of life depends on the written word and if you were not literate you would not have much of a say in things.
• The world would be much more elitist (in favour of those who are literate) and inequitable
• Democracy such as it is would be virtually non-existent
• The world has also advanced on a lot of levels because of literacy which has resulted in an improved lifestyle for the majority of the world’s people

On a personal level, stop and think for a moment what your life would be like if you could not read, or write:

• You could not follow instructions or read directions
• You could not read a newspaper or learn from a pamphlet, book or magazine
• You could not enjoy stories or gain knowledge or go to the different worlds books take you to
• Your ability to communicate would be severely reduced 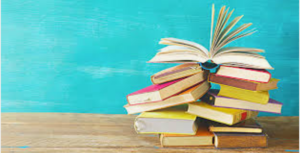 Who would hire you if you could not read and what lifestyle would you obtain if you were illiterate?
While we are told 99% of Canadians are literate, if you look more deeply there are varying degrees of literacy. Many who can read do not bother to read much of the information they receive (such as politicians south of the border who know it all!)

In fact, in my opinion, on a functional level we are far from 99%. This would include many who never learn to read properly at school, new immigrants to Canada (whose first language may not be English or French), many indigenous people and many in our prisons.

Let’s take Gisella, a caregiver who came to Canada with her husband and one small child a short time ago. Her husband had a smattering of English and could more or less cope, but Gisella was never offered the opportunity of learning another language. Sadly, in some societies women don’t receive education, or their learning is deprioritized in favour of other work. When she arrived, she knew two words of English – “Hello” and “Thank you.”

Working without language skills in Canada was an impossibility. Furthermore, she had no local friends and she spent most of her time in the apartment with their 4-year-old daughter.

Not surprisingly, she ached to get out. One day she braved it. She decided she would go to the grocery store. Her husband wrote their address on a small piece of paper, gave her some money, told her the bus to take and where to get it.

She arrived safely at the grocery store and fortunately she could identify from the boxes much of what she was buying. She had difficulty, however, when it came to pay, and she could not understand anything people in the store were saying.

On her way home she hopped on the right bus, but after several stops, she realized she was going the wrong way. The driver could not help as he was busy driving.

Her frustrations were felt by her 4-year-old daughter, who unfortunately took her own frustrations out on her mother in front of the other passengers, much to the embarrassment of Gisella.

Eventually she found her way home with the help of some of her fellow bus riders. When her husband arrived home, she broke out in tears.

The GOOD NEWS – They shortly found an English as a second language class (ESL) for her. This got her out of their apartment, put her in touch with other people and bit by bit, she has learned some English. 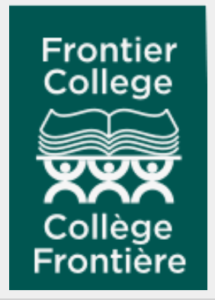 A big part of this Literacy Good News story is there are a large number of organizations whose business it is to teach people how to read and write. This includes ESL providers, tutors who help people, primarily children, who need help beyond the public education system and adults who have never learned to read.

Frontier College was started in 1899 to assist people working on the railroad learn how to read and write. Many of their instructors are volunteers. For over 100 years, they have done spectacular work with many groups, such as youth and adults, immigrants, and people in prison. Working in partnership with the Ontario Lieutenant Governor’s office they have helped Indigenous children, primarily in northern Ontario. https://www.frontiercollege.ca/

* Note – I have been involved with each of these organizations in either a volunteering or supporting capacity.

To purchase a copy of Creating Opportunities, my book about my adventures in volunteering click here: https://hilborn-civilsectorpress.com/products/creating-opportunities-a-volunteers-memoir

GIVING 2: How to Choose a Charity