There is more Good News in the World than bad 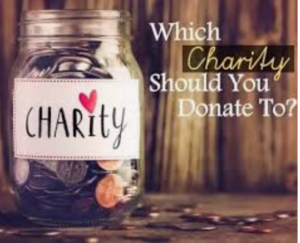 I recently had a telephone call from Freda and Ernesto (not their real names) a couple in their early 60s. They had read my July blog about GIVING and had been moved by it, particularly the story about Antoine, an engineer and his wife who were refugees from Yemen. Antoine’s work had dried up as a result of COVID.

The blog also mentioned Charitable Donations were down, but needs were up.

A combination of the impact of COVID and reading and hearing about people in need brought them to the conclusion We are indeed a lucky couple. They also came to the realization they could and should share some of their money with others who could benefit from their support. 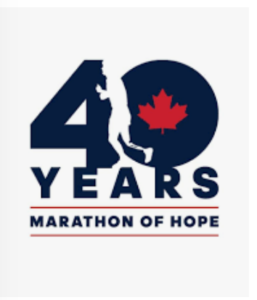 Other than going to the odd event over the years, giving a little at church the few times they went and sponsoring their children on a Terry Fox run, they had never really been donors. Like many, they did not know how to go about it in a responsible way. Could I help?

During our conversation I found out they had recently gone through a retirement planning exercise and while not yet retired, their financial advisor concluded they had plenty of money on which to retire comfortably.

Furthermore, their three children and their spouses all had good jobs and good incomes and did not need parental financial support.

They wanted to know what area to focus on and how they should choose an organization to support. They were concerned about some of the questions raised in my blog surrounding WE, especially about how one’s charitable donation is used*

I mentioned there were many good causes (In fact, there are over 85,000 charities in Canada).

As a starter, I encouraged them to support an area about which they were passionate, including any organizations who had been helpful to them or their family and friends, such as a school or health care facility.

Also, I asked them how much were they willing to donate, because that could affect the way they gave. It turned out they just wanted to make a single donation this year, however, it would likely turn into an annual happening. After chatting for a while longer we agreed to talk again.

They thought about my questions and also called several friends to get their thoughts. The first couple told them they personally limit their giving to organizations who are named in the obituaries of friends who have died. This way they felt the organization had been vetted and they could honour their friend as well.

Another couple they knew who were very generous with their money confirmed giving to a cause they were passionate about was a good idea. They should also look at how much of what they gave went into the expenses (non-fundraising) of running the organization. Twenty to twenty five percent is a good rule of thumb. They were cautioned not to be too rigid about this percentage as the people running the organization should be paid a reasonable income and it is these people who make things happen. *

They also said sometimes the small grassroots organizations were more effective than the large better-known groups. Furthermore, sometimes just giving money to help a person with a specific need such as a health problem or paying school fees could be very helpful and effective, even though they would not receive a tax receipt. 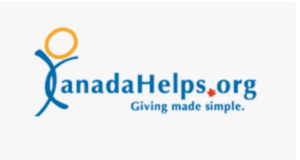 The key they said is to choose an area to focus on and then narrow it down to one or two organizations. Their friends also suggested they research different organizations online in the area they had chosen.
They could also check out Canada Helps, who provide a list of organizations in different areas and an outline of what each organization does. https://www.canadahelps.org/en/

They also provide a facility to donate online.

Note Canada Helps receive a small percentage of what you donate. However, it does save the charity the time and cost of doing their own receipting and provide other services such as this.

As a follow up, they contacted Canada Helps. After much searching, they narrowed it down to wanting to give some money to support social service agencies in their community and some to help education for women in the developing world.

They still had to resolve the dilemma about who to give their money to in their community. There were so many choices. They called me again. After some discussion I suggested they consider the United Way as they supported many social service agencies. United Way also keeps close tabs on the organizations, they support.

In relation to the education of women, they viewed several of Canada Helps listed charities and came to a decision on their own.

A bonus in this exercise was they convinced each of their children to make a small monthly donation to one of the international organizations to help educate women. Another bonus: in the end everyone felt happy.

All Good News and Good Happenings!

* There are organizations who rate charities. Check online under Rating Charities, but remember, not all charities are rated and their focus is mainly on larger charities.