There is more good in the world than bad

It was an emotional scene, and many volunteers were moved by the realization that our provision of these vaccinations – at very little cost – would prevent illness and save the lives of many of these children.*

Today, most of us in the developed world take vaccines for granted. However, the arrival of COVID 19 vaccines are front and centre news, providing relief, hope and high expectations to people all over the world.

In 1798, Dr. Edward Jenner, an English surgeon, developed the concept of vaccination. He then went on to create the world’s first vaccine, a vaccine for Smallpox.**

Dr. Jenner did not do it for money. He just wanted to save lives. People give him credit for saving more lives than anyone in history.

In 1959, The World Health Organization (WHO) started to eradicate Smallpox. This was completed in 1980.

Since Dr. Jenner’s discovery, vaccines have been developed for over 25 diseases. Some of the better-known ones include Measles, Chicken pox, Influenza and Hepatitis. 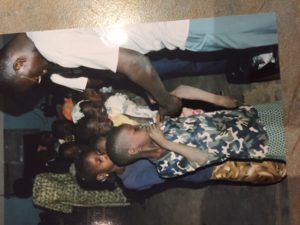 While Smallpox is the only disease which has been eradicated by vaccination, Polio is SO CLOSE to being eliminated.

The vaccine for Polio was discovered in 1953 by Dr. Jonas Salk and approved for use in1955. As recently as the early 1980s, there were an estimated 400,000 cases worldwide a year. Virtually all the elusive remaining cases (In 2021 less than 75), are in Taliban held territory in the mountains along the border of Pakistan and Afghanistan.

Not surprisingly eradication is a colossal undertaking. Rotary International, WHO and UNICEF have been at it for over 35 years. The Gates Foundation for about 20.

To give you some perspective of the size of the initiative, every year on one day (World Polio Day) in India, an oral vaccine is given to 80 million children. If they stop vaccinating it is estimated in 10 years, there could be as many as 200,000 children paralyzed every year from the virus 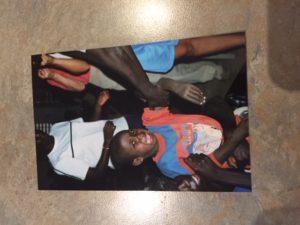 Vaccines are not 100% effective and are not without controversy. Furthermore, it requires a massive effort to get the vaccine from the test tube to one’s arm or mouth.
Early testing of the COVID vaccines indicate the new COVID vaccines are 90-95% effective. Most vaccines for other diseases are in the 70% range.

There are also many vaccine naysayers (anti -vaxxers ) and people afraid to get vaccinated.

Despite this, there is overwhelming scientific evidence of their safety and most of the distrust comes from people with little understanding and much misinformation.

For example, in Northern Nigeria, the last of the African countries to be Polio-free, many Muslims resisted because they thought the vaccination was a Christian plot. It took much persuasion to change their minds, including having their President, a Muslim, being photographed with Polio officials endorsing the programme.

Mistakes and mishaps are inevitable Such was the case in 1955 with an early batch of the Salk vaccine which lead to 40,000 new cases of Polio.

By my own estimate, over the years, vaccines have saved many millions of lives and billions of people from becoming sick.

The benefits of vaccines do not stop there. The COVID virus has shown how the virus has disrupted the lives, of virtually everyone, cost many people their jobs, destroyed their incomes, bankrupted companies, created political turmoil, broken up families and created mental health problems.

The new vaccines will help to reduce these. 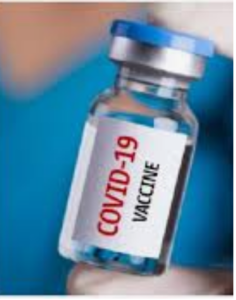 The world is forever indebted, not only to the scientists who have developed the vaccines, but also, to all of the people in between the scientists and we the beneficiaries. This includes the labs, the pharmaceutical companies, the transportation companies, the health care workers, the regulators, the volunteers, those involved in rolling the vaccines out, the politicians and everyone else involved in the process.

Working together to prevent a multitude of diseases (not only for COVID but other diseases too) helps us all, including the children in Burkina Faso. You are all part of a Good News and Good Happenings story.

Many of us owe you our life.

* Burkina Faso with a population of 20 million is one of the poorest countries in the world ranking 185th out of 188 countries in the United Nations Development Programme human index. 10% of children die before reaching age 5 Burkina Faso spends $44 US./person on health care per person /yr. According to the Canadian Institute for Health Information Canada by comparison spends about $5500 per person, the U.S. about $11,000. Not surprisingly The Burkinabe cannot afford to vaccinate many of the children.

** While Edward Jenner is considered  to be the father of vaccines, in fact the Chinese in 1000 employed a form of inoculation. It was also practiced in Turkey and Africa (Wikipedia)

Laughter: Have you heard the joke about?