There is more good in the world than bad.

World news these past few weeks has been dominated by images of COVID-19, particularly old people in long term care homes, waving to their families or with needles sticking in their arms being vaccinated, of Trump followers invading the Capitol building, and a myriad of racist injustices.

However, there are a great number of other events occurring, many positive and many involving Indigenous peoples.

A typical Indigenous story might be about incorrect stereotypical depictions of Indigenous peoples, of Residential School survivors, or about the slowness of government dealing with the 94 Reconciliation Calls to Action or the 231 Calls for Justice from the Missing and Murdered Women Report. Stories could also be about treaty breaches or heated pipeline environmental issues.

While many Canadians have only a luke-warm interest in Indigenous issues, the fact is Indigenous Issues are, in the paraphrased words of former Supreme Court Judge Frank Iacobucci,
“… not only the most complex but the most important issues we as a country need to address.”
Furthermore, in my opinion reconciliation is every Canadian’s responsibility.

Several months ago, disputes over fishing rights in the Maritimes were front page news.
The Mi’kmaq were fishing for lobster at a time that was considered to be out of season by the non-Indigenous fishermen. The Mi’kmaq rightly stated they were entitled by law to do this.

This led to conflict, resulting in fires and some violent clashes. This dispute has not yet been resolved and tensions continue to run high.

To me, however, what followed, while related but not a direct result of this dispute, was the most important happening, namely:

The PURCHASE by a consortium of Mi’kmaq First Nations groups and Premium Brands Holdings of Clearwater Fisheries, the largest producer of shellfish in North America.

The negotiations were led by Chief Terry Paul of Membertou First Nations who has an outstanding record of building and leading his community. Chief Paul is a residential school survivor and has been Chief since 1984.

As related by Chief Paul in a recent article in the Globe and Mail, this purchase was made possible because over many years of working together, both groups had built up respect and trust for each other and a common vision of how fishing should be done. This relationship made this purchase possible.

It was also made possible because of financing provided by the First Nations Finance Authority.

Having Indigenous communities take ownership in major companies is an excellent and exciting development. Not only does it provide jobs, and a sense of self-reliance, but also the Indigenous reverence for the land has a positive environmental impact on the organization and their activities

It should be noted there are many other successful Indigenous businesses across the country, many of them lead by women. In the Fort McMurray area, for example, First Nations own and run many successful businesses. Also, there is talk of First Nations communities becoming major shareholders of the controversial Trans Mountain Pipeline.

It has just been reported in the newsletter, “The Energy Mix,” The 6 Nations of the Grand River have just tapped into financing from the Canadian Investment Bank to get the country’s largest battery storage project off the ground.

Business is not the only area in which the Mi’kmaq and other Indigenous Groups have been successful.
The Mi’kmaq, located primarily in Nova Scotia, have also been very successful in running their own school system. Their system complies with provincial standards, but also includes much Indigenous content provided by their elders.

This includes Indigenous language training, cultural practices, indigenous history and land-based training.
Approximately 90% of Indigenous students now finish secondary school, the same as the rest of the province. This provides for better futures for many more Indigenous youth.

When the Mi’kmaq assumed control of their education 20 years ago, the graduation rate was 30%. The rate for young people getting through secondary school on the reservations in the rest of Canada is 36%. 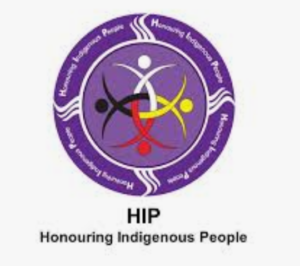 A large part of their success should be credited to Eleanor Bernard, a HIP * director from Cape Breton and Executive Director for 13 years of Kina’matnewey, an Indigenous Group overseeing Mi’kmaq Indigenous Education.

These Indigenous success stories are becoming common place and a far cry from the sad, heart-renching and stereotypical stories we so often read about in the media. They are outstanding examples of how a combination of strong leadership, Indigenous control over their activities, proper financing, collaboration and strong relationships *with non-Indigenous peoples can lead to success.

We can all be a part of this success.

This, combined with the positive things that are already happening, is a good news story and with your involvement will continue to happen.

*Education, Awareness and building of relationships is the focus of HIP (Honouring Indigenous Peoples)

HIP is a partnership between Rotary and Indigenous Peoples.
HIPs coast to coast board is 50% Rotarian, 50% Indigenous, with 50 % of the board being female

Their vision is to connect all of Rotary’s 720 clubs with one of the 660 Indigenous communities in Canada www.rotaryhip.com

Chris Snyder is the founding and current Chair.

Chris Snyder was asked to be a guest on a “Talking Rotary” podcast – A Life of Volunteering. He spoke about his lifelong passion of volunteering.  You can listen using the link:        https://podcasts.apple.com/us/podcast/talking-rotary/id1524737018?uo=4

Good News: The Value of One, The Power of Many