Are You a Closet Humanitarian?

THERE IS MORE GOOD IN THE WORLD THAN BAD

The word humanitarian is typically used to describe a person or an organization who assists people suffering from the effects of a calamity, be it a flood, an earthquake, a refugee crisis, famine or a longer term situation such as people affected by landmines, AIDS, drought or long-term hunger such as in Yemen.

It can also describe the prevention of these events. Recently, we have seen many references to humanitarian work being done in Haiti and Afghanistan. 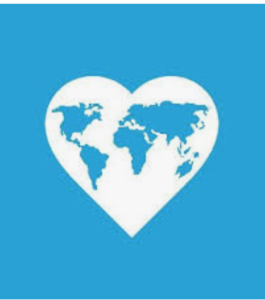 The Free Dictionary has several definitions for humanitarian including:

1) Showing concern for the welfare of humanity, especially in acting to improve the living conditions of impoverished people

3) A philanthropist or adherent to humanitarianism

Humanitarians do many things. Bill and Melinda Gates can certainly be called humanitarians, not only because of the money they give away, but also for the many other things they do to help others. This includes their focus on the elimination of polio and malaria, Bill’s contribution of his considerable and amazing intellect and energy towards climate change, and Melinda’s actions to improve the lives of women.

You do not have to have the name Gates or billions of dollars to be a humanitarian.

Take Lisa McCoy, a retired librarian from Gravenhurst.  Lisa found herself in Thailand when the tsunami hit in 2004.  She immediately discovered she could help, not only in tsunami-related situations, but also in many places in South East Asia.

She spent the next 10 years or so in Cambodia, building schools, helping land mine victims start businesses, and obtaining bicycles so children could ride to school. She returned home from time to time, working at odd jobs and raising money through Rotary to fund the schools and bicycles.

Stephen Lewis would be at the top of any list of humanitarians. Among other things, he became the Special Envoy for the United Nations on HIV/AIDS, and later established his own foundation to assist grannies in Sub-Saharan Africa raise their grandchildren, after their parents had died from AIDS.

Through his incredible use of language and compassion, he mobilized the conscience of millions of people to combat AIDS in Sub-Saharan Africa.

Two of my heroes are James Orbinski and James Fraser who started an organization called Dignitas, based in Malawi. They arranged to have over 1.2 million people tested for AIDS, (with close to 300,000 being treated) and in the process saved thousands of lives.

Organizations such as CARE, Save the Children, Oxfam, CUSO, UNICEF, Handicap International and The Canadian Landmine Foundation are other examples of humanitarian organizations. They help a range of different people through work they do including improving the lives of women, teaching refugees, looking after victims of earthquakes, feeding the hungry, providing artificial limbs and removing landmines.

But you do not need to travel thousands of kilometres to be a humanitarian. People working in the streets of large cities in Canada assisting the homeless, providing shelter to women, and looking after older people without support are doing humanitarian work. So are the people who provide comfort and support to the needy.

Some of these people are professionals; some are volunteers. Regardless, they have one thing in common: they want to make people’s lives better, and in turn, the world a better place.
I would estimate there are many thousands, if not millions of these people in Canada alone who may not think of themselves as humanitarians, but they do so much incredible work to make people’s lives better.

Maybe you are one of these people, and in your own quiet way you just want to make the world a better place.

August 19th was International Humanitarian Day, a perfect day (as is every other day) to recognize and thank those who fit the above definition of being a humanitarian. Please reach out to say thank you.

If you are a closet humanitarian, pat yourself on the back. It could also be a day you commit yourself to becoming a humanitarian yourself. The world needs you.

The outlets are many: giving money, helping at a shelter, deciding to make being a humanitarian your career or simply pledging to yourself to carry this attitude and follow-up action in the way you carry out your day-to-day life.

One of my mentors and former business partner, Norris Bowden – who among other things was a world champion pairs figure skater – told me his goal in life was to make the world a better place because of what he did in his day-to-day life. Although he has passed on, during his life he did just that. He was a good person – a humanitarian. That was his legacy.

The Legacy of Good Stories From Tokyo