There is more good news in the world than bad

At last a vaccine. Saving thousands of lives and affecting millions.

“If you think you need to be big to make an impact, then you have never spent a night alone with a mosquito.” 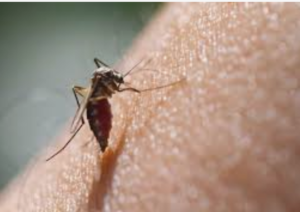 While we may not have spent a night alone with a mosquito, I am sure we have all been impacted by them and have many bites to show for it. One of the biggest impacts a mosquito can make is if you are bitten by a female Anopheles mosquito who is carrying the malaria parasite.

How big an impact? Well in 2019, according to the World Health Organization (W.H.O.), 229 million people got malaria and 409,000 died from it.* Other organizations, including World Vision, put the annual death figures at over 1 million. According to World Vision, many people with malaria also have other diseases such as AIDS and are thus not recorded.

Malaria also has a huge economic impact on the countries where it is prevalent.

Most of the people who die from malaria are children under the age of 5, mainly in Sub-Sahara Africa. 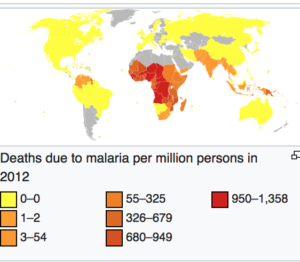 Malaria is also widespread in other rural tropical areas, including India and Pakistan. According to W.H.O. it is prevalent in an estimated 80 countries.The symptoms of malaria include: severe headaches, high fever, joint pain, and in some cases, retinal issues, convulsions and death. It can last several weeks and can recur. YOU DO NOT WANT TO GET MALARIA.

Malaria can also make life miserable for the over 125 million people who travel to these areas every year and need to take anti-malaria pills such as Malarone, Mefloquine or Chloroquine to protect themselves. Unfortunately, these medications have lost some of their effectiveness as the mosquitos build up a resistance to them.  On the good news front, primarily as a result of bed netting, insecticides, education, the thrust of public health initiatives and the use of medications, infections have gone down considerably. Since 1990 the deaths from malaria have been cut in half.

Going back in history, malaria has been around for thousands of years, and not just in tropical countries. In the 1830s Malaria took the lives of an estimated 375-600 workers and their families who were building the Rideau Canal near Ottawa.

Malaria was a huge problem in World War II, particularly in the jungles of South East Asia. It was also a problem in the southeastern states of the U.S.A. until the 1950s. 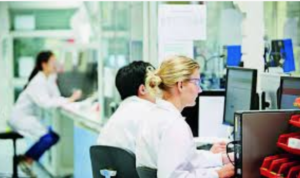 Many remedies have been created to combat malaria, including the use of quinine (the bark from the cinchona tree), and tonic water (a combination of quinine, soda water and sugar created specifically to combat malaria.) People soon learned to add gin to it, and having a gin and tonic became a regular afternoon occurrence in many tropical countries, particularly India.

DDT for many years was an effective anti-mosquito insecticide, but its usage was stopped for environmental reasons, after Rachel Carson’s book, “The Silent Spring,” was published. After DDT spraying stopped the incidence of malaria increased.

Getting malaria is a terrible happening and seeing someone with malaria is not a pretty sight. I have seen many people sick with malaria in Africa, some alone, lying on the floor of their mud hut they had no medications and were too sick to even speak. Their hoped-for cure was time and sleep.

The most devastating malaria scene for Pat and me was in Malawi where an 11-year-old girl was looking after her mother who had AIDS and was also severely afflicted with malaria. She was lying shivering on the mud floor of her hut. No one knew where the father was; most thought he had died of AIDS.

Most of the villagers thought this woman would die in a few days and the 11-year-old girl would be left looking after her 3 younger siblings with the assistance of local villagers. 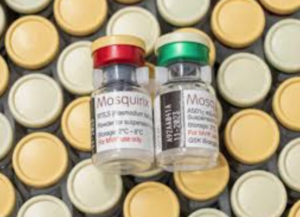 On the GOOD NEWS and significant happenings front – and the reason for this blog – is the recent work done to create a vaccine. The vaccine RTS, known as MOSQUIRIX, created by the Path Malaria Vaccine Initiative and Smith Kline (the pharmaceutical company), with great support from the Gates Foundation, has been very successful.

THE big news came on Oct 6th, 2021 that the Mosquirix vaccine has been approved by the World Health Organization for broad usage. **

Unfortunately, this announcement was lost in the middle of all of our daily COVID coverage.

This new vaccine has been of little interest to most people in North America and Europe, other than travelers, because malaria does not affect them, but is huge news in Africa. It will save thousands of lives, mainly children, and reduce misery for millions.

In fact, in the long run malaria vaccines could save more lives than the COVID vaccines. This vaccine initially will be given to young children in Sub-Saharan Africa and other tropical countries. Not travelers. This too is Good News.

Eventually vaccines could replace pills and nets and be good news to many millions of travelers. Furthermore, it will move the world closer to the U.N.’s stated goal of reducing malaria by 90% by 2030.

*It should be noted people with malaria are at much greater risk if they get COVID. As in many countries, COVID is being given top priority which means those with malaria and other health concerns are often not given appropriate medical care.

** Further work is underway with malaria vaccines, in particular the R21 matrix-M vaccine, currently showing 77% efficacy (COVID vaccines are around 90%). Mosquirix requires 4 doses which may mean many do not get the required doses.