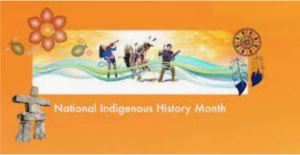 There is More Good News than Bad

What does being on the right side of Indigenous History mean? I believe it means participating in the process of bringing reconciliation about. This in turn begs the question, “What is reconciliation?”

There are many definitions, however, for our purposes let’s define it as, “The coming together and respect of Indigenous peoples and non-Indigenous Peoples for each other with equal opportunity for all.”

Reconciliation is a long-term initiative and there are many paths that must be taken to get there. When HIP (Honouring Indigenous Peoples) started in 2014 our Indigenous advisors told us the most important thing to focus on was education.

As time went by, we expanded our mandate to include awareness and the building of relationships.

What follows are several stories and anecdotes using these three themes, which hopefully will provide you with a few ideas to help you with your involvement.

After hearing a very moving but upsetting story on the CBC about the experiences of a Residential School survivor, Wanda had to decide. “Do I do nothing to improve the situation or do I take some action?” It quickly became clear she had to act, and the first step was to learn more.

This led to her reading the daily stories in the Globe and Mail and several well-written books by Indigenous authors: Thomas King’s book, “The Inconvenient Indian,” Chief Joseph’s book, “21 Things You May Not Know About The Indian Act” and Richard Wagames’ book, “Indian Horse.”

One day, while chatting with a friend Agnes she knew from church, Wanda was pleasantly surprised her friend was doing the same thing after exchanging their views on the books. 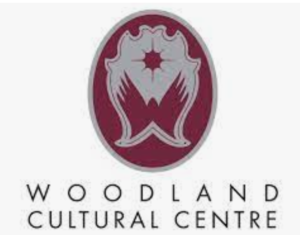 Agnes suggested they form a book club at church they called it, “The Indigenous Learning Circle.” One of the new members turned out to be a teacher from Six Nations who added Indigenous insight and perspective into the conversation.

At one of their discussions the Indigenous teacher suggested an outing to the Woodland Cultural Centre at Six Nations near Brantford and a virtual tour of the Mohawk Institute, a former Residential School that is now being refurbished as a reminder of Residential Schools and their survivors. While visiting the Centre, they connected with a school in Six Nations and are now working on connecting the Indigenous school and a local school.

…The learning and circles continue to grow.

Omar and his family arrived in Canada four years ago from Syria.

Coming from a dry country, like many new Canadians, they were fascinated by Canada’s lakes. They were also amazed that Canada, who had given them a new home, had a history of treating the Indigenous People so badly.

One day Omar picked up a booklet which promoted Manitoulin Island, the largest freshwater island in the world, as a great place to visit. Inside the booklet were advertisements for fishing with Indigenous guides, powwows, local art and an opportunity to meet some Indigenous Peoples. “What a great thing to do with my family,” he thought. “Our family could see some fantastic country and learn about Indigenous culture.”

He also discovered if they drove from Toronto there were other places they could visit enroute to learn about Indigenous culture.

Just off Manitoulin Island there are also the Indigenous Communities Serpent River and Whitefish Falls.

After speaking with his wife Nyeed, they booked their holiday the next day.

Rupert and his wife Yolanda owned a small printing business and every summer they hired one or two students.

After learning of the difficulties Indigenous students faced in obtaining employment, they decided to hire two Indigenous young people who lived close by.

By the end of the summer it was unanimous. We should do this again next year. In fact, Rupert and Yolanda encouraged fellow business owners to follow their lead next summer.

Several years ago, after listening and learning much about Indigenous Peoples and their history, Tony and Eloise decided the best thing they could do was to give some money to an organization working with Indigenous Peoples.

They concluded education was the area on which they wished to focus. In particular, they liked the idea of providing urban Indigenous youth with land-based training, something they missed out on living in the city.

Since that time they have doubled their donation.

THE TIM HORTON’S GANG …and SPEAKING UP

For years Fred had joined his pals every morning at Tim Hortons for coffee. They delighted in telling jokes and off-colour stories, sometimes filled with racist and negative comments.

One morning one of his friends started going on about, “Those d@#n Indians,” and proceeded to describe them in a very derogatory and condescending way. Fred did not like this and told them so.

“The Indigenous Peoples have been here and looked after North America for over 10,000 years. It was not until the arrival of the Europeans that things went wrong. They are people too and deserve to be respected, just like we want to be respected. Furthermore, if you keep talking this way, I will not be joining you anymore.” The speaker, after mumbling one last comment in self-defense, changed the conversation.

Fred was afraid he had lost some friends  but returned the next morning.

One of his friends, Stan said, “Fred you are right. Thanks for speaking up.” Within moments others had positive things to say about Indigeous Peoples.

Stan told about a special on TV the night before about Indigenous People and their contribution to Canada’s war efforts.

In particular, Francis Pegahmagabow, a much-decorated Indigenous veteran from WW1 from Parry Sound. Wounded many times, on returning home he had difficulty obtaining a pension and because he was AN INDIAN it was administered by a non-Indigenous person. He had to prove every 2 weeks the money had been spent “properly.” Stan, himself a veteran, was astonished and disgusted.

Informally, every few days the group continued to talk about Indigenous people. Someone mentioned an Indigenous person who they often saw in the area.

“I stopped and talked to him and sometimes I bring him a coffee and a donut. He is from an Indigenous community up north and has a family. He came to the city a year ago, is unemployed, knows very few people and stays in a shelter. People are afraid to hire him because he is Indigenous. His name is Phil.”

They decided to ask him to join them for coffee. It took several tries but eventually he came.

Phil turned out to be a regular guy. Fred had him do some odd jobs around his home and helped him find work.

Maynard kept hearing about all of the treaties that had been broken and wanted to know more. He went online and was flabbergasted at how much information there was about the different treaties, when they were agreed upon, what they said and how they were broken by governments.
He learned so much he decided to see what else there was about Indigenous Peoples online, so he typed in LAND CLAIMS, MYTHS and STEREOTYPES, FAMOUS INDIGENOUS PEOPLE PODCASTS and INDIGENOUS COURSES.

He was hooked and decided his next step was to take a highly recommended, free course from the University of Alberta with his family. They talk about what they have learned daily.

Last year the Federal Government created National Reconciliation DAY to take place Sept 30th every year. NRD evolved out of Orange Shirt Day started by Phyllis Webstad, a Residential School survivor. Her orange shirt had been taken from her on her first day at the school and was never returned.

Marlene, who lived in Saskatchewan, found out her community was commemorating NRD with street festivals, pow wows and talks.

She wanted to be involved, so contacted the organizers and ended up helping to promote the event and acting as a guide at the local fairgrounds where many of the events were being held. While there, she met Ingrid from the local Indigenous Friendship Centre and ended up agreeing to volunteer at the centre starting the next week.

Elsbeth and her husband Alistair from New Brunswick were kayakers and travelers.

International travel was still complicated, so they decided to stay in Canada. They had heard much about the beauty of Canada’s west coast, specifically Haida Gwaii.

They decided to visit. At first, they thought they would take a boat tour, however, being keen kayakers they decided to see Haida Gwai, at least in part, by kayak. They organized a group and found an Indigenous guide.

It was raining when they arrived, and it continued for several days. There was water everywhere – in their tents, their sleeping bags and clothes. The water was both above and below. They saw schools of fish escaping from the whales below only to be devoured by the eagles from above. They saw the huge trees and the dense green moss-covered forest.

In spite of or because of the rain and living with nature in the rain, they began to understand the beauty and power of nature and how the Indigenous people lived, how everything was connected and how the Haida Gwaii looked after mother earth. It was the best holiday they ever had.

These stories tell how some people became involved. Could they help be your guide to learning and doing more? **

* In 2023 a fantastic new Centre is being opened in Gravenhurst called Misko-Aki – meaning the convergence of cultures … the newly arrived. Settlers and the Indigenous People who have been in the Muskokas for 1000s of years.

**To test your knowledge about how much you know you might wish to test yourself with the following quizzes from The Canadian Encyclopedia:

There is Progress on Reconciliation