January 3, 2002. Marcia was angry. She had just heard Doug Ford’s announcement that he would be following the path of many other governments around the world and return schools to online learning.

Remembering the terrible difficulties of last year’s online learning, Marcia was concerned about the mental health of her three young children, the fact their family only had two computers, as well as being paralyzed by the thought of staying home from her job as a nurse. How could she and her husband Girardo, an electrician who could not work from home, do it? Perhaps she could use some of her holidays. This was unlikely as hospitals were already short staffed.

Added to this was the continual onslaught of negative news all condensed into 15 minutes of airtime, which kept hitting her every day like a jack hammer.

Marcia could not take it anymore. Her anger turned into tears of frustration and hopelessness. She was not alone. “Isn’t there some positive news?” she thought.

First, the past year:

One year ago, COVID 19 vaccines had just been approved and people were just starting to receive shots. According to The New York Times (Our World in Data) in 2021, 9.21 billion people received one shot. That’s 60% of the world’s population. 3.88 billion (49% of the population) had received at least two shots. This has resulted in saving hundreds of thousands of lives and preventing millions of people from becoming sick. In reality, more than 9.21 billion shots had been manufactured and distributed.

While there is still inequity in the people being vaccinated and far too many anti-vaxxers, the fact that 9.21 billion plus vaccines had been produced when there were none to begin with, and 9.21 billion had been administered, is a phenomenal accomplishment.

This includes all those who have been vaccinated and those, who wear their masks when advised to.

It also includes researchers, many companies, the pharmaceutical and transportation industry, all health care workers, teachers, families, most, politicians, government workers and media, to name a few.
The fact so many people have worked together in the same direction is in itself a positive thing. 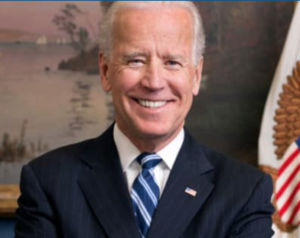 Last year in my blog I said 2021 was going to be a better year, partly because Joe Biden had replaced Donald Trump as the President. While he has been criticized and his poll numbers are down, I think he has done an excellent job. Many experts believe his polls are down partly because people had expected he would make COVID disappear and it is still here. The public blames the President.

In spite of being thwarted by extreme partisanship, which could tear the country apart, he has brought decency back to the presidency, appointed competent people with integrity, introduced some good people, focused legislation and, ended the U.S. involvement in the war in Afghanistan. (Though greatly criticized, the U.S. had to change direction and while the withdrawal was chaotic, I believe history will show him to be right). He has shown compassion, consulted others and stood firm in his actions.
Furthermore, the economy as a whole is doing well.

I have been amazed at how well most economies around the world have done. With a few exceptions, the profits of many companies are up. Unemployment in the U.S. is 3.9%, and in Canada (where it is measured differently), it is 5.9%.

However, there are resulting problems:

I do not know about you, but while we have been inconvenienced by the slowness of the supply chain, we have not gone without things we really need. Not getting what we want immediately may be a good thing.

Many people have made huge “paper profits” on their homes. For example, average house prices in Toronto are up 44% since January 2020. Stock markets have hit record highs. The Dow (U.S.), The Sand P/TSX, (Canada) and FTSE (U.K.) indexes were all up about 20% for the year, and the Hang Seng (Asia) about 15%. (Caveat: anticipate a correction)

While we continually hear about the Armageddon of climate change and the evil fossil fuels in particular, there are positive things happening, for example a viable electric vehicle alternative. 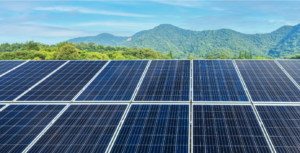 The major player, Tesla produced and sold almost 1 million electric cars in 2021 (starting from none,17 years ago). They anticipate this to increase by 30% this year. This has made Elon Musk the richest man in the world. He has recently sold $10 billion of his Tesla shares and is talking about turning $6 billion from the proceeds over to the World Food Programme, enough to fund their whole programme for a year. This would be a fantastic happening.

Coal is a big contributor to CO2 gases. Since 2008, coal mines in Appalachia have been reduced by 62%. Many of the coal producers now see themselves as ENERGY COMPANIES and have shifted to solar.

When in need, humans help each other.

Weather has been a big news item this year, particularly in the Western U.S.A. and Canada with unprecedented fires and floods. 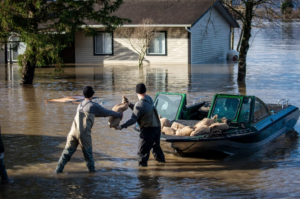 Virtually every affected community spokesperson has talked about the 100s of volunteers that have come forward in their community to help. This has brought communities together and made them more resilient and stronger.

As I write, Indigenous volunteers from many communities in minus 36 degree temperatures are bringing wood and food in Ski-doo convoys to Bearskin Lake in North Western Ontario where the COVID rate is 50%.

Volunteers are everywhere. In many ways, volunteers make the world go around.

Rotary, which is an organization of volunteers, has been particularly active. My own club, The Rotary Club of Toronto, in spite of being very limited with no in-person meetings, has actually had an increase in new members. WE are not alone

We humans are very innovative and creative. This year is no exception. While not totally a 2021 Happening, the subject of my November blog was the approval in 2021 of a vaccine for malaria. These vaccines are continually being improved and it is hoped that by 2030, malaria will be reduced by 90%. This vaccine alone could save as many as 400,000 lives every year and reduce misery for over 200 million people/year.

As a result of vaccinations and other public health measures, new cases of polio have been reduced by 99% since 1988 to less than 100 in 2021. Also, of current interest, we are on the verge of having drugs approved to take if you get COVID. This could be a real game changer.

On the Indigenous front, the revelation of 215 children’s graves at the Kamloops Residential School in May opened wounds for many Indigenous Peoples and the eyes and ears of many non-Indigenous people. The number of confirmed graves of Indigenous children at residential schools across the country now exceeds 7,000.

A positive outcome from this has been increased interest in and understanding of Indigenous Peoples leading to further positive action.

In a year end CBC study compiled by book sellers across the country, four of the top ten books were by Indigenous writers. The number one book chosen was “5 Little Indians.”

At the end of December, the Federal Government, The Family Caring Society, Assembly of First Nations and several class action lawsuits came to an agreement which will allocate $40 billion of federal money to Indigenous Peoples across the country.

This settles a dispute which had been ongoing since 2007 and recognizes a terrible Indigenous Child Welfare System that had been in existence for many years, that had caused much harm to 200,000 Indigenous Peoples.

The $40 billon will be split with 50% compensation going to victims of the Child Welfare System and 50% paid out over five years to reform the system. It should be noted, details still need to be worked out and agreed upon. This, to me, is fantastic news!

Special recognition should go to Cindy Blackstock who stuck with the challenge of obtaining compensation for the victims and changing the system for 15 years, Murray Sinclair who facilitated the agreement and past and current Indigenous Ministers with the Prime Minister’s support for bringing this about. Working together towards a common goal works.

There are millions and millions of Acts of Kindness performed every day. We all see them, but few are ever reported.

One that was recently reported was about a young female hockey fan, Nadia Popovici, who was attending a Seattle Kraken/Vancouver Canucks hockey game and noticed a cancerous growth on the neck of a Vancouver Canuck’s employee. She recognized the growth because she had volunteered in a cancer clinic. She took a picture and told him using her cell phone she thought it was cancerous. He had it checked out. It was, and has been excised, probably saving his life.

As thanks, the hockey teams gave Ms. Popovici $10,000 towards medical school, which she plans to attend next year.

What could be better than the joy brought to the world by the 385,000 children born every day?

So much for the past. How about the future?

Firstly, no one can predict the future with any accuracy. However, I will say this about COVID:

It appears our leaders are trying to create a self-assessment and treatment system, with only the very sick receiving medical treatment. This will be accomplished by a combination of full vaccination, rapid self-testing, masking and information on how to self-treat COVID.

In addition to this, drugs will be added to help treat those with COVID. This will bring COVID to the level of the flu and the common cold, again good news. This will happen in 2022.

WE have a choice. WE can focus on the Bad or choose to view and act on the Good.