THERE IS MORE GOOD NEWS IN the World THAN BAD

In my last Good News Blog I promised you some of my favorite, recently read books.

In spite of sometimes dealing with the dark side of life, all have positive takeaways. Here goes: 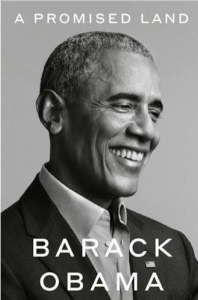 This book chronicles his political years and ends after his first term in office. I read this at one of the worst times in American politics. I was at the point of utter disgust about Trump – I still am- and the partisan ways of, in particular, the Republican party.

This book restored my faith in politicians, and to a degree, U.S. politics. Regardless of your political views, the book is about the decency of Obama and the practicalities and realities of being a politician.

He comes across as a real person, which includes his imperfections and mistakes, as well as his concerns, love of his family and hope for the future. It is long – 700 pages – but very readable. A great book.

Stephen is a Professor of Psychology at Harvard. He highlights many examples of the improvements to our lives over the past several hundred years as a result of reason, science, and humanism. He says, “Let’s continue.” I agree. Examples are:

We now have more focus on the health of our planet than ever before.

It may sound academic, but it reads well. Bill Gates calls it, “The most inspiring book I have ever read.” 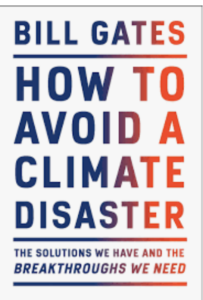 Bill Gates, “How to Avoid a Climate Disaster.”

Yes, I am a huge Bill Gates fan. The book is about the climate solutions we have and the break -throughs we need. It is a practical and realistic look at where we are.

He is a nuclear energy proponent. He believes they are safe. In my opinion, we need to go beyond the fear of nuclear disasters. In fact, coal has killed many, many more people than all of the nuclear disasters combined, including the two nuclear bombs in World War II.

On the other hand, he is realistic about phasing out fossil fuels. The book left me believing we need not believe we are in a doomsday scenario. Yes, we can save the planet, and here is how we do it.

A new book just out September 27,with the same positive outlook, (although I have not read it yet), is Bob McDonald’s, “The Future is Now.”

He says we already have many of the needed technologies to save the planet and lists those that need to be developed. He too advocates for small nuclear reactors and more solar power.
Bob is the CBC’s science editor. He is always upbeat, knowledgeable and enthusiastic. I look forward to reading it.

“Boys in the Boat,” by Daniel James Brown.

This is a story about a group of young men from the University of Washington who won the gold medal in Heavy Eights rowing at the 1936 Berlin Olympics.

These men, through hard work and with little money, defied all odds and beat the world’s best, including the favoured Germans in Hitler’s Olympics.

The book is, in some ways. a “David and Goliath” story. It shows a lack of resources can be a positive thing and motivate people.

Even though you may not be a sports fan and you know the outcome, you cannot put this book down.
It was on the New York Times Best Sellers list for many weeks.

This was written for the Massey lecture in 2019. The book is about the long haul towards equality for women – a truly positive happening.

While not yet there, the world has improved immensely because of this movement. Look at virtually every field: politics, science, medicine, law, and human rights. Women are making huge contributions. Men have been liberated as a result.

A good mystery is always a good escape which we all need from time to time. Historian Martin Walker has written a series of Bruno books. Bruno is the Chief of Police in a small town in the south of France.

They are historically fascinating, involving and very entertaining. Walker also mixes in his favorite French food and wines.

Great escape stories. I am not selecting one: they are all good!

No Relation by Terry Fallis

Humour and having a good laugh is always a good thing.

Terry Fallis is a Canadian PR consultant and writer who has twice won the Stephen Leacock Award for humour. I have read a number of his books, however, “No Relation” is my favorite.

In a nutshell, this very humourous book is about people who have been given the name of a famous person, the weight it carries and how it affects their lives. Novelist Earnest Hemingway, racing car driver, Mario Andretti, and humanitarian and activist Mahatma Gandhi are some of the names.

Spoiler Alert: Mahatma Gandhi in the book continually goes into bars and always gets into a fight.  The rest is for you to discover.

These are but a few of the books I’ve enjoyed recently. Let me know if you have any favorites. We can share. Enjoy!!

*Please pass along this blog to friends who you think may be interested.

The Joy and the Good of Reading

Good NEWS: ESG and The Changing Purpose of the Corporation