There is More Good in the World than Bad

My last blog ended with the story of the homeless man asking me if I was going to watch the Olympics. He was going to, and I did.

In fact, Pat and I watched a lot of the Olympics. We were amazed though, at the number of people who did not. That was too bad as there were a number of displays of perseverance, hard work and good sportsmanship. There were also moments of high tension, relief, and cheering, all of which gave our emotions a good workout.

Here are a few of the highlights for us: 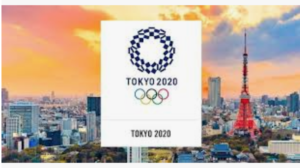 I will start with the good news. The Olympics took place in a place where bombs were falling only 75 years ago, and Japan was the enemy of many.

In addition, making the Olympics happen required the same ingredients of perseverance, hard work and overcoming enormous obstacles – including this year’s enemy COVID – that an individual or team had to employ just to get there.

It seemed having few spectators, while different, did not affect the performance of the athletes, and as a result it became a bigger than ever media event.

Canada won 24 medals, the most ever since 1984 when the Olympics were boycotted by Russia and the Eastern bloc countries.

It was amazing to see the success of our women relative to our men, winning 18 of 24 medals. I asked many people why they thought this was. The best answer I heard was that we in Canada treat our women better than most other countries treat their women, at least around sports (The U.S. would fit into this as well).

The swimming was great to watch. Penny Oleksiak won three medals as did Kylie Masse and Maggie MacNeil. In my opinion, the best medal and comment came from Maggie MacNeil. She won gold in the 100 metre butterfly. Maggie has poor eyesight and could not see the results board announcing her victory. However, she told reporters when she heard her name, “I thought I had done something well.” SHE DID – She WON!

There was also the American swimmer Caleb Dressel who won five gold medals. He was forced to train alone in a pool and did his weight training in his garage.

Canadian Damian Warner was forced to train for his 10 grueling decathlon events in an old arena. This did not affect him it seems as he set a personal best and Olympic record to earn the gold medal. As a result, he is now considered to be the best athlete in the world.

Andre de Grasse was everyone’s favorite and in spite of two major hamstring injuries since the last Olympics, came back and won two bronze and a gold. Will you ever forget his young daughter cheering for her dad?

And there was Evan Dunfee in the 50 km walking race, who kept himself going the last 500 metres in 40-degree heat by thinking of and being inspired by his father and grandfather. He finished 3rd.
What made this so special was he had finished 4th in the 2016 Olympics. However, the 3rd place finisher slightly touched him as he went by and was disqualified. Dunfee said his touch did not affect him and the walker should be 3rd, not Dunfee. The racer was re-instated and Dunfee finished 4th. How many people would be big enough to do this?

Jamaican hurdler Hansle Parchment owes his Gold medal to a volunteer. He took a bus to the wrong venue before his semi-final race. He had no money, however, a volunteer paid for him to take a taxi. He made the race in time to qualify for the finals and went on to win the gold. The volunteer has been located and rewarded with a trip to Jamaica!

Then there were the athletes who overcame injuries just prior to the games including, Rosie MacLennan and Ellie Black. They both came 4th. British swimmer Tom Dean had COVID twice, but won a gold medal in the 200 freestyle.

Getting back to women, how about the amazing Netherland runner Sifan Hassan, an Ethiopian refugee who only started running in 2011. She won the 5000 and 10000 metre, coming from behind and almost won the 1500, placing 3rd, all within a few days.

Last but not least, Canada’s women’s soccer team, playing as one, showing us what playing together can do.

Another highlight was the behind the scenes stories produced by the CBC and the positive reporting by the announcers led by Scott Russell.

While we were tired by the end of seeing the same ads over and over, we thought some of the advertising was fabulous and extremely creative. For example, the Bell ad with the woods runner and the hiker promoting the speed of 5G. The ad showing the young tumbler evolving into an Olympic competitor, and the Uber ad delivering food to the lifeguard from the top of the 30 metre diving board made me laugh every time.

A special word of acknowledgement goes to RBC for their identifying and supporting athletes with special skills in particular.

Kelsey Mitchell. Kelsey was a former university soccer player who had not owned a bike since she was a child. The program identified her potential and four years later she won a gold medal in the cycling sprint event. 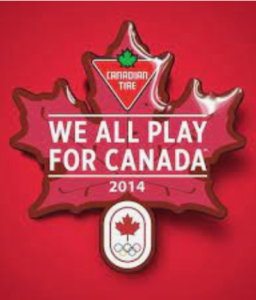 The Canadian Tire, “We all Play for Canada” ads are always outstanding and make us all believe we are in this together.

Then there were the ads showing the female long-distance swimmer born with a special condition who had both legs amputated as a youngster, and the blade runner with her coach encouraging her by saying, “It will get easier.” Watch for them in the Paralympics.

For me and many others – including my homeless friend (I’m guessing) – these stories and accomplishments are inspiring They all show the human spirit at work, and what we humans can do to help us overcome our own challenges.

That, to me, is a good happening.