Rupert slowly lowered the paper to his lap. The headline of the article he had just read screamed, “215 CHILDREN’S GRAVES DISCOVERED AT KAMLOOPS RESIDENTIAL SCHOOL.”

The article outlined how Indigenous children had been taken from their homes, sometimes forcefully, as early as age 6, sent to Residential Schools, and in many cases never returned home.

On arrival at the school their clothes were stripped off and replaced with clothing that was worn by non-Indigenous children, they were not allowed to speak their own language, and were schooled in non-Indigenous ways.

The children were fed poorly and there were many instances of sexual and physical abuse by the teachers and priests. If a child committed a small misdemeanor they would be punished, sometimes by being put in confinement, and in one school in Fort Albany, given electric shock.

The purpose behind this treatment was to “TAKE THE INDIAN OUT OF THE CHILD” and tell everyone Indigenous People were inferior by assimilating them with others.

These schools were run for the government by churches, with the Catholic Church being the main one. The last Residential School was closed in 1996.

Now they were finding graves of some of the children who died. Their parents had never been advised of their death.

As Rupert tried to digest the story he began to get angry. Rupert and his wife had two daughters, aged 8 and 10. He thought of the horror he would feel if their two girls were suddenly taken from home. His anger then became rage. This was not right and pangs of guilt started to creep in. “Why did I not know this? How could this happen in Canada?” he thought. After about 5 minutes he decided he had to do something about it, but what?

Jaqueline had read the same story. Immediately it conjured up past family stories. Her mother had been in a Residential School. At 16 she returned to the reserve, having only had two visits home in 8 years.

She felt totally out of place, no longer knowing her native language or understanding the culture. She had started to drink heavily and finally left the reserve to seek refuge on the streets of Toronto.

This is where Jaqueline was conceived. Eventually the Children’s Aid stepped in and Jacqueline was placed for adoption. Fortunately she was adopted by a caring family and she went to school.

She craved knowledge about her mother and father and her background, and was eventually reunited with her birth mother. It was then she learned of the Residential Schools and their legacy which had played a part in her life.

Fortunately, Jaqueline did not suffer from the effects of fetal alcohol and was able to establish herself in an administrative job.

She was angered by the terrible legacy. What angered her even more was the use of the term “discovered.” “What do you mean discovered?,” she thought. These graves have been known since at least 1907. In a report from Dr. Peter Bryce, the Chief Medical Officer for the Interior of Canada in 1907, Dr. Bryce advised the government that at least 25% of the children in Residential Schools had died of tuberculosis.

The government did nothing with the report, so he printed copies himself and distributed them to the public. There was still no action.This was highlighted in the Truth and Reconciliation Report in 2015 and the 94 Calls to Action. The report was highly publicized.

It is only now, after more than 100 years, thousands of Canadians are only just learning and reacting to this information, despite the fact it was public knowledge and the media had reported about it on a regular basis for years.

This reinforced to Jaqueline that non-Indigenous people did not care about what had happened.

It also made her think of the Doctrine of Discovery in 1493 when the Pope gave settlers the Divine Right (under the rationalization that the Indigenous Peoples were not Christian), that the settlers could have absolute title to the land and authority to all of Turtle Island (North America ).

Jaqueline became furious and was short-tempered with everyone who came close to her for the next week.

Similar responses occurred with thousands of Indigenous and non-Indigenous people alike across the country.

Governments responded as well. One of the immediate outcomes was the House of Commons unanimously passed a motion for National Reconciliation Day for September 30th 2021.

This may have been discussed for some time, but the finding of these graves was the catalyst for action.

Previously, Orange Shirt Day was recognized on September 30th every year since it had been established in 2013 by Phyllis Webstad to honour Indigenous children who had gone to Residential Schools. September 30th therefore seemed like a logical date.

While it took the uncovering of these graves to make things happen, a National Reconciliation Day is a GOOD HAPPENING.

Although there are many interpretations of how it should be spent, in my opinion, National Reconciliation Day is in many ways like Remembrance Day: A time for reflection and learning, remembering and understanding the past so we do not repeat it, working together to prevent injustice and creating a better life for all.

Reconciliation, however, will not happen until we know the truth. This will take a long time.

Murray Sinclair, the Chairman of the Truth and Reconciliation Commission believes it is unlikely we will have reconciliation until after our grandchildren are gone.

For reconciliation to happen, the learning and reflection should not solely be focused on the Residential Schools issue. Ideally it should take place every day and include all Indigenous groups: First Nations, Métis and Inuit.

It also could include:

There is a lot to learn. Some of this may be painful, but we need to know the truth before there is reconciliation.

You could also reflect on how best to work with Indigenous Peoples. In my opinion, it will not be constructive if we carry guilt with us. Instead, think of constructive ways we can move forward together.

Here are a few things you can do: 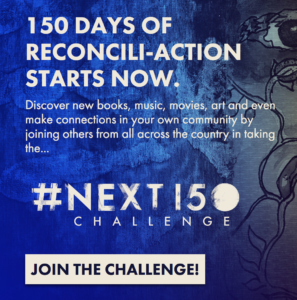 1) Commit yourself to learning more. Take every opportunity you and others in your family can to read and learn about Indigenous peoples. Click the picture on the right to go to a website to get some ideas:

The CBC, Globe and Mail and other media continually have some excellent interviews and coverage.

There are some great books and videos. See www.rotaryhip.com

*There is also a lot of information online. Go to talks and online discussions. There are many excellent web events sponsored by many organizations that have appeared because of National Reconciliation Day. For example, the U of T has a series of events spread over several months.

2) As you learn about Indigenous Peoples, put yourself in their place and imagine how they felt.

3) Look for organizations that are working together with Indigenous Peoples. If so inclined, you can possibly volunteer with them or donate. (Go to Canada Helps: https://www.canadahelps.org/en/

4) Read the 94 Calls to Action available on the web. Are there any you could help make happen? Go to https://nctr.ca/records/reports/ and click on Truth and Reconciliation Commission of Canada: Calls to Action PDF. 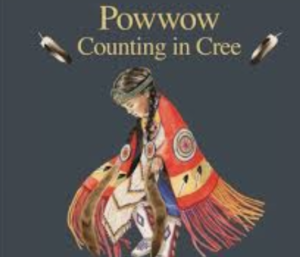 5) Do something every day to learn more about Indigenous Peoples (read, speak, reflect).

6) Get to know some Indigenous Peoples and develop a relationship with them. Going to powwows and other events is fun and instructive. Local Friendship Centres welcome non- Indigenous people).

There are many more!

National Reconciliation Day is good news. It will be even better if we all learn from it.

* caveat – Chris Snyder is founding Chair and current Co-Chair of HIP (Honouring Indigenous Peoples). It is a cross-country charitable organization and movement focusing on education, awareness and building of relationships.

It is a partnership between Rotary and Indigenous Peoples made up of 50% Indigenous members and 50% Rotary, and half of the Board members are female.